I did an Q & A in November 2018 with Erica Rivera for (now-defunct) City Pages about The Hopefuls: Chasing a Rock 'n' Roll Dream in the Minnesota Music Scene. This was a really cool thing that I pretty much completely fucked up. I made two rookie mistakes. One was not asking to see the questions – or at least asking what the focus of the interview was to be – beforehand. The other was not being more on my guard. Erica’s questions weren’t bad, they were just hyper-focused on a somewhat negative aspect of the story I told in the book, and I just wasn’t prepared for that. As a result, my original answers were too raw and under-thought. Here's what I should have said. (If you’d like to torture me by reading my original answers, here’s a link to the original article).

City Pages: They say they you should never meet your idols or your heroes. In researching the Hopefuls, did your opinion of them change?

Paul V. Allen: That’s always a danger of writing about something you love, but if anything my admiration of these guys’ journey and what they were able to achieve grew in the process. And so did my love for their music. I learned right away that there was a rift between the guys, and that was tricky to navigate at times, but I tried to stay as neutral as I could to hear and understand all sides of that.

CP: What caused the rift? Where do the band members stand with one another today?

PA: There’s a divide that doesn’t seem likely to be bridged again anytime soon. It didn’t come about all at once, and it was caused by a variety of factors, but what it comes down to is that these guys were so close for so many years – they were friends going all the way back to college – and that when trust and communication broke down it was a hard break. One of the defining breaks was when Appelwick left to join Tapes ‘n Tapes and wanted to stay in The Hopefuls but wasn’t allowed to do that. Darren especially didn’t understand why Appelwick would leave a band doing his own music to play someone else’s music, but Appelwick had dreamed of being a working, touring musician, and Tapes ‘n Tapes were his chance to do that.

CP: It seems like the Hopefuls being based in Minneapolis was sort of a double-edged sword; on the one hand, they were among a community of supportive musicians. On the other hand, had they been based in New York or L.A., they might have gotten a record deal or blown up.

PA: That came up over and over again. The Twin Cities can be wonderfully supportive, but it can be its own little bubble or echo chamber. In the Hopefuls’ case it was supporting them financially and creatively. It’s very possible that they could have, either as the Hopefuls or Kid Dakota or Vicious Vicious, made a splash in New York or L.A. In the places they were at in their lives and careers it wasn’t feasible for them to move to one of the coasts together or be on tour constantly to get more exposure and build a fanbase in other cities. Both of those things would have been a big gamble, and all of these guys had their own projects besides the Hopefuls and they were well established in the Cities with wives and families and homes and friends.

CP: You write in the book about how independent musicians have to adjust what they define as “making it.” Did the Hopefuls consider themselves successful?

PA: I believe they all realize that they got further than most, and I think they’ve all made some degree of peace with where they’ve ended up. Appelwick got to live his dream of being a “rock star” with Tapes ‘n Tapes and found that it’s still a lot of work and sacrifice. Fawcett also got to live that life touring with Spymob and N.E.R.D., but has chosen to prioritize his kids and stability. Darren has always had this pull between a musical life and an academic life, and I think he’s still trying to find a balance there. And John Hermanson is so versatile and is able to utilize that in his work at Egg Music, but I think he also realizes his ultimate legacy is Storyhill and how thoroughly those songs have connected with people.

PA: Hindsight is 20/20, but I would say they didn’t always recognize where they had strengths. They had this amazing supportive collective around them, and for awhile in the early 2000s they were working together and producing some really cool stuff not only as performers but also as producers. But each of them has a strong independent streak that led to be them drawn away by their own individual muses. They became more and more separate from one another as time went on. It makes the story more interesting that they all had these other interests, but in terms of really “making it” they would have benefited from more focus and unity.

CP: It’s almost like they didn’t want to be successful. Is that how it seemed to you?

PA: No. They wanted to be successful, they just wanted it to happen on their own terms. By the time the Olympic Hopefuls hit – something that was totally unexpected for Darren and Appelwick – they had all been around the block a few times and had already made sacrifices and paid a lot of dues. And they weren’t all in the band for the same reasons. They weren’t in their early 20s and ready or able give up everything to pursue this dream. Part of it is that in those pre-YouTube days there was no mechanism for building an audience without just going out on tour and grinding. Of course the next year, Tapes ‘n Tapes caught on just through blogs and word-of-mouth, so the Hopefuls were just ahead of that.

CP: What can emerging musicians and bands learn from the Hopefuls’ story?

PA: Probably the biggest takeaway is that there are many definitions of success in music. It doesn’t have to be world-famous or bust, or even semi-famous or bust. New bands should realize that there’s going to be work and sacrifice and that it’s not an egalitarian or merit-based system. There’s a lot of luck and timing involved. The other lesson from the book is the importance of collaboration, communication, and sharing credit. If you’ve got a unique combination of talent like these guys have, you take advantage of it and don’t let money, ego, or hubris get in the way.

Popular posts from this blog 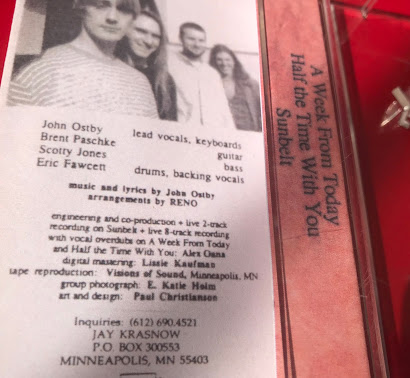 While working on The Hopefuls: Chasing a Rock ‘n’ Roll Dream in the Minnesota Music Scene – a story so sprawling and multi-faceted that each of its four principals could easily have a whole book to themselves – I knew I was going to miss some things.  Case in point, in June 2020, I received an e-mail from Jay Krasnow, who revealed that he had served as Spymob’s very first manager, before they were even Spymob. Jay is a multi-instrumentalist and composer who spent 10 years in the Twin Cities scene producing, playing, and co-engineering for a wide variety of artists. He happened across The Hopefuls by chance in a public library in Cleveland, where he now makes his home (I must say it warmed my heart to hear that the book is in libraries in “The Rock ‘n’ Roll Capital of the World”), and realized that he had a missing piece of the story to share. Jay and I chatted on the phone about his memories and impressions of his brief time with Eric Fawcett, John Ostby, Brent Paschke, and Brian Roe
Read more 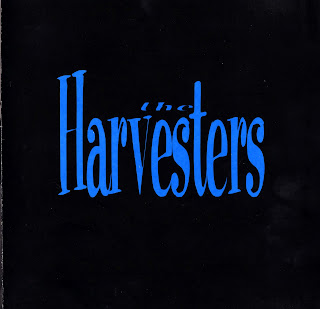 Bio Formed at the University of South Dakota with a line-up of Erik Appelwick (bass, vocals), Justin Seim (guitar, vocals), Dave Scarbrough (guitar, vocals), and George Gongopoulos (drums), the Harvesters quickly rose to the upper echelons of a healthy mid-1990s southeastern South Dakota music scene.  In 1996 they became the first band from the state to get into South By Southwest. The alt-country band broke up in the haze of the late 1990s, but left behind one (very hard to find) CD.
Read more 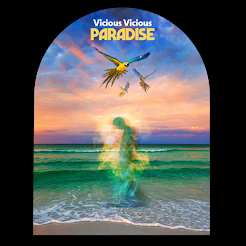 I knew in writing about The Hopefuls that I was writing an incomplete story. As long as Erik Appelwick, Eric Fawcett, Darren Jackson, and John Hermanson keep making music, there’ll be more to tell. In that spirit, I’ve decided to continue to compile and document their ongoing adventures, and release updates every couple of years.   Believe it or not, it’s been four years since I sent  The Hopefuls: Chasing a Rock ‘n’ Roll Dream in the Minnesota Music Scene  off to the publisher, so that means it’s time for the second update, covering mid-2020 to mid-2022. The first update, covering mid-2018 to mid-2020, is available here . Appelwick With one major exception, these two years were quiet ones for Erik Appelwick. In January 2022, he signed with Castle Rock Music, an L.A.-based agent that represents independent artists for licensing. The next month, he released Paradise , the sixth album from Vicious Vicious. The songs were recorded at Pachyderm Studios with engineer Nick Tvietbakk. Adrian
Read more